Cindy is a nurse practitioner who specializes in mental health.  She has over 30 years of medical, business, and administrative experience.  She has managed both for-profit and not-for-profit organizations, has worked in retail management and has had ownership of a small manufacturing firm and a restaurant. Cindy has both written and received paychecks, understanding the challenges of the small business owner, the large corporation, and the consumer.

Cindy is also active in her local community.  In 2015 she worked as a team leader with a local non-profit organization to raise community awareness to opiate overdose.  Her work as a team leader led to Vanderburgh and Warrick County first responders and police officers carrying the life-saving medication Narcan.    Cindy also traveled to San Antonio, Texas, in 2016  as part of a research team to decrease the mental health population of the Vanderburgh County Jail.  Her jail diversion efforts lead to the development of the local Evansville Mental Health Commission.  Cindy currently serves as a board member of the Newburgh American Legion Auxiliary, Warrick County Community Corrections, and SWIRCA & More. 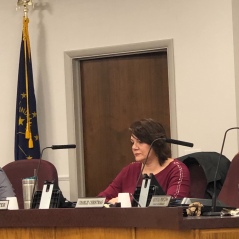 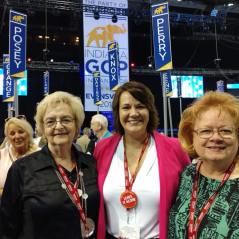 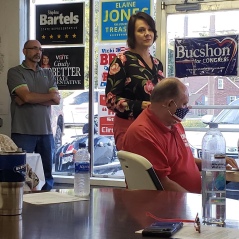 On a personal level, Cindy grew up very poor and began supporting herself at the age of 15.  She put herself through college as a single parent and has benefited from government services such as food stamps.  Pell and state grants helped to pay for her associate’s degree in nursing.  A government grant program even cosigned the loan on the first home Cindy bought.  She was able to overcome adversity with a helping hand up, and now Cindy is passionate about being able to give back. Residing in Newburgh, Indiana, she is married and has a blended family with four adult children.

Cindy wants to take her personal history, business knowledge, and experience in local government and put it to work for you at the state level.  She is a very dedicated hard worker who wants to bring positive change to our region. Cindy is a fiscal conservative. She is endorsed by the NRA, Right to Life, and the Indiana State Police Alliance.  She is asking for your vote in the upcoming election.